Air pollution is widely recognised for being the most significant environmental risk to human health in the UK, and the fourth biggest threat overall – after cancer, heart disease and obesity. This has led to local authorities and national governments taking increased measures to improve the quality of air in towns and cities.

The common view seems to be that air pollution is caused by the increasing amount of traffic on our roads, and whilst this is undoubtedly a huge contributor, there is a wide range of other contributory sources, including; intensive agricultural food production, burning fossil fuels, cleaning with solvents and industrial heating.

Due to the levels of air pollution, DEFRA has published its ‘Clean Air Strategy’ that lays out a series of goals, together with the actions required to achieve them. These actions include the reductions of toxic pollutants such as particulate matter, sulphur dioxide and nitrogen oxides.

In order to tackle the many sources of air pollution, there are a number of initiatives already in place. One initiative includes London’s new Ultra Low Emission Zone due to be introduced in April this year, in addition to six other UK cities following suit by introducing their own Clean Air Zones. There is also currently a debate about how the use of wood-burning stoves have an impact on air quality, with many arguing that their design and use need to have tighter regulations.

However, in addition to tackling the sources of the harmful pollutants, we can also improve air quality by taking positive actions to remove them once they are in the air. It is possible to clean the air that we breathe and moderate the temperatures of both individual buildings and cities in general, whilst also significantly improving the look and appeal of an area by ‘greening’ a city’s buildings, streets and public areas. 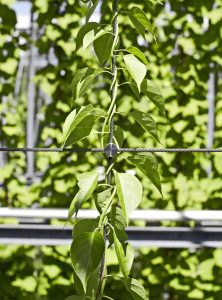 Authorities are encouraging developers and building owners to include greening initiatives in their development plans, as many authorities are recognising the benefits that urban greening can deliver. One example is the City of London Corporation’s Planning and Transportation Committee proposal that all new developments within the city’s square mile must include plants for urban greening. This proposal will include details of how the introduction of urban greening will contribute to improving biodiversity, air and noise pollution, rainwater run-off and temperature regulation. In addition to urban greening bringing all of these benefits, adding greening to buildings will make the City of London a more desirable location for businesses.

Modern green wall systems offer so much more than just aesthetic enhancement to buildings than older systems (think ivy-covered vicarage walls) with research proving their worth in delivering economic as well as environmental benefits. In particular, modern green wall systems have the ability to improve local air quality by trapping dust and harmful pollutants and by absorbing carbon dioxide and releasing oxygen.

During summer periods, large scale greening can also contribute greatly to passive building cooling, as green walls provide natural shading on the surfaces of buildings which prevents them from overheating. Green walls also help buildings retain heat during the winter, as they act as an extra layer of insulation.

As well as contributing to the cooling and warming of buildings, green walls also have a climate control effect, which works based on ‘evaporative chilling’. This means that green walls absorb heat, then through ‘evapotranspiration’ and natural cooling via ventilation, the heat gets released back into the atmosphere. This means that green walls can be used in densely populated areas to reduce temperature peaks, making a positive contribution to urban climates.

Because of these insulating effects, older buildings, built before the stricter insulation regulations were introduced, can gain even more by retro-fitting a green wall. 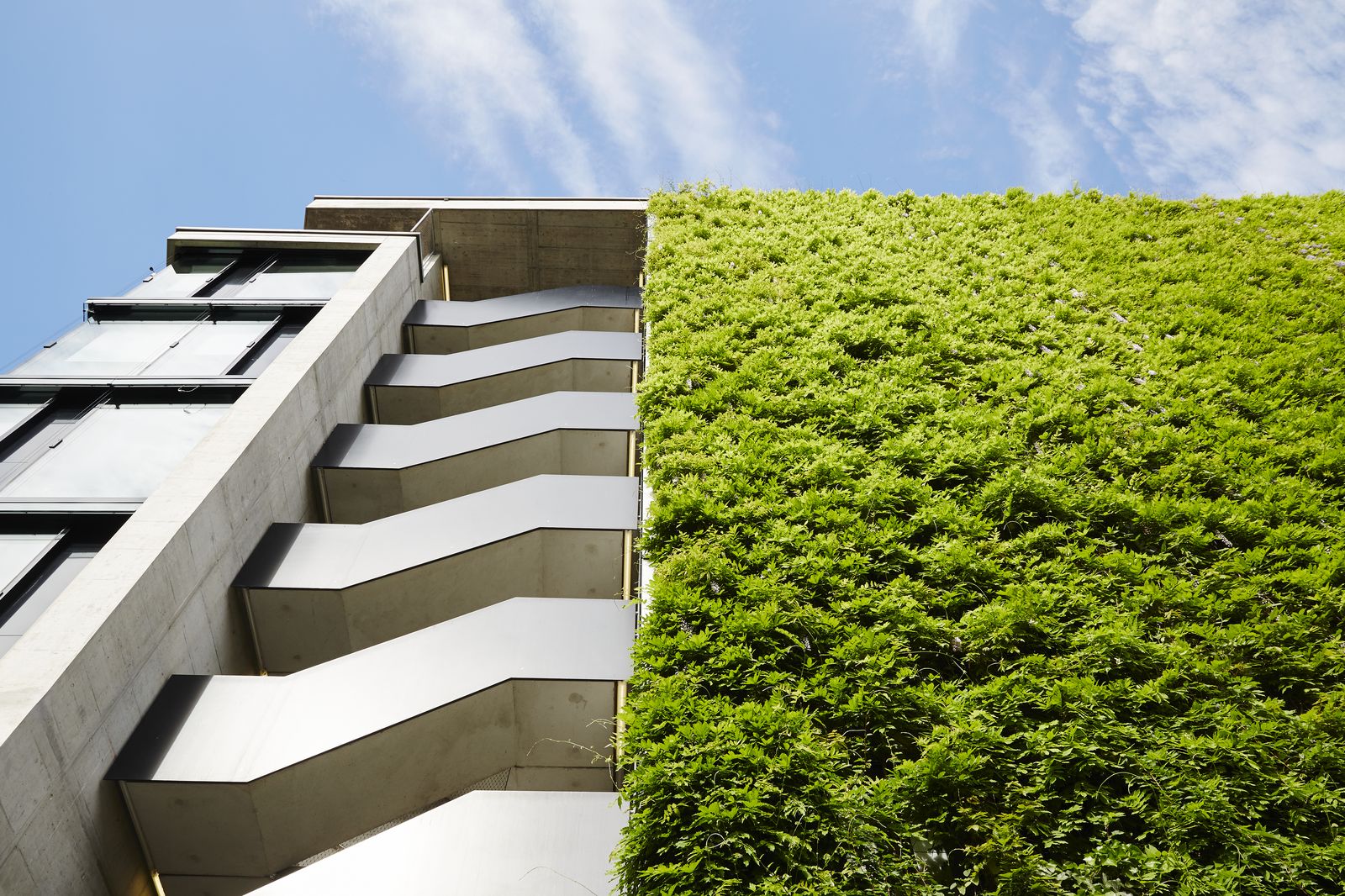 Moreover, by using a range of plants green walls in urban areas can help address the loss of biodiversity, providing habitats and nesting spots for a number of species, as well as acting as a home for pollinators and invertebrates. When supplying our green wall systems, we can also incorporate bat boxes and bug hotels to encourage wildlife. So, in addition to green walls working to reduce the level of harmful pollutants being emitted in urban environments, the problem is being tackled at both ends by enforcing and encouraging reductions, whilst also improving the surrounding environment by bringing back greening to our urban areas.

Get a quote for your stainless steel wire ropes, rods, tie bars and wire mesh systems.