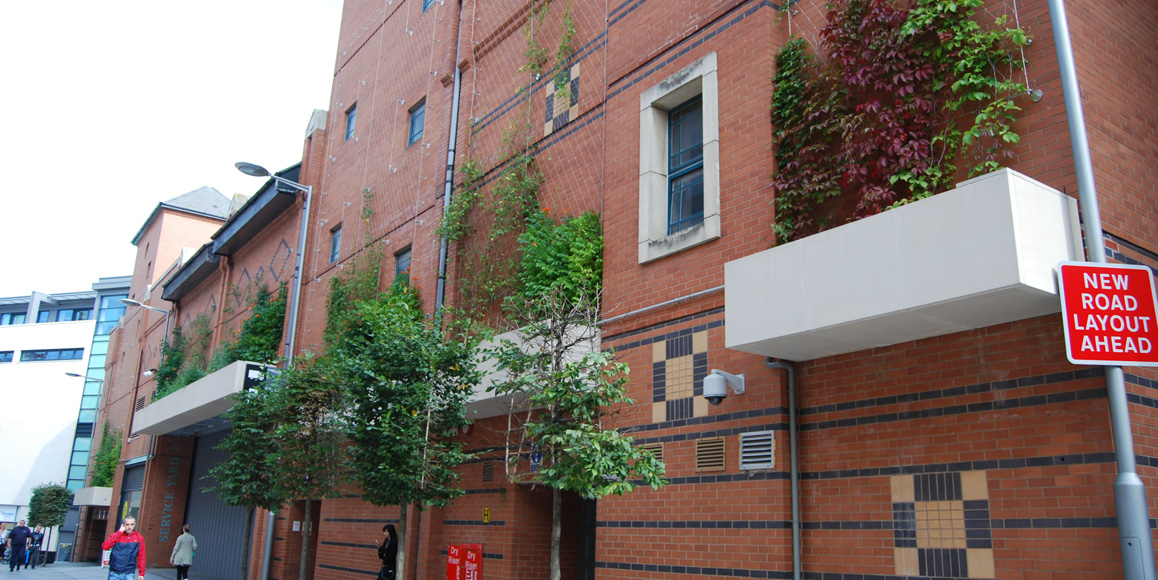 MMA has designed, developed and installed a Green Wall solution as part of the major redevelopment of Leicester’s prestigious Highcross shopping centre.

On the back of the refurbishment of much of Leicester city centre in recent years, The Shires shopping centre, which first opened in 1991, had undergone a number of facelifts.  However, in 2008 a major refurbishment and expansion programme was undertaken, resulting in the opening of new retail units and a cinema, with the development being renamed the Highcross Shopping Centre.

As part of this extensive redevelopment programme, MMA developed, supplied and installed a green wall system for an external wall of one of the centre’s department stores. The traditional brick-clad building directly faced a new apartment development, leading the architects to seek to improve the aesthetics of the façade and achieve an improved outlook for the new apartment’s residents. 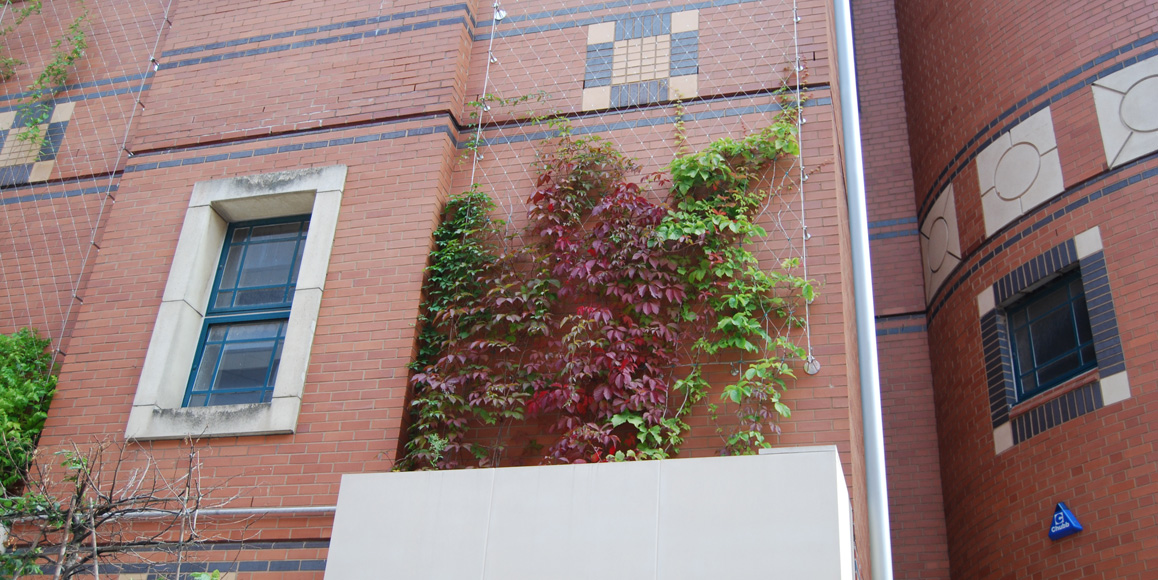 After a wide-ranging search, the architect identified the Jakob Green Wall system as the ideal solution and, working closely with MMA, designed a system to reflect the style of the existing brickwork, which featured a series of recesses as well as some brick features in contrasting colours.

The system features both Webnet and stainless steel ropes, a particularly effective solution for applications such as Highcross, where a higher density of plant coverage was required.  Due to the scale of this project, specially-designed planters were fabricated and built into the structure at different levels on the façade, to provide a suitable basis for the plants to grow and thrive, as well as to meet ongoing maintenance requirements. Whilst the plants mature, the Jakob systems still provides an interesting visual feature which may accommodate special features – for example, arches, recesses and niches.

Get a quote for your stainless steel wire ropes, rods, tie bars and wire mesh systems.